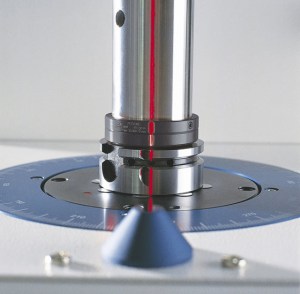 I recently installed a new ceiling fan in the living room—twice. The task had been on my honey-do list for weeks, and by this point it was install the fan or pull weeds. Of course, I ignored my wife’s suggestion to first read the instruction manual. “It’s just a few wires, dear,” I told her. “Nothing to worry about.”

The job done, the ladder stowed safely in the garage, I set the fan to high and flipped the switch. Boy, was I glad to have this one behind me. Then I heard a loud WONK-WONK-WONK … CRASH! The ceiling fan had ripped itself from its mount and cartwheeled into the coffee table. It was only then that I noticed the little packet of balancing weights in the bottom of the fan box.

With my wife’s helpful advice still ringing in my ears, I drove to the hardware store for another fan kit, reflecting all the while on the importance of balancing. Jet engines, wind turbines, automobile wheels and even ceiling fans—basically any rotating mechanical component—must be balanced. This is certainly true on machining centers.

As proof, load a large commodity toolholder—an unbalanced chunk of steel weighing several pounds or more—into a machine’s spindle and crank it up to 15,000 rpm, if possible. That low hum is the spindle’s cry for help. Michael Minton, national application engineering manager at Methods Machine Tools Inc., Sudbury, Mass., said unbalanced toolholders create excessive heat in the spindle bearings, which, along with the vibration, can cause premature spindle failure. An unbalanced holder’s high degree of runout also reduces cutting performance.

The performance problems can include movement of the toolholder within the spindle taper, leading to premature tool wear and breakage. Chatter and surface finish problems are common, as well as geometric tolerance errors caused by tool runout. The result, Minton said, is that operators, facing reduced cutting performance with unbalanced toolholders, throttle back on feed rates and spindle speeds in an attempt to alleviate a problem over which they have little control. Simply put, out-of-balance toolholders are not only bad for the machine, they also hurt the bottom line.