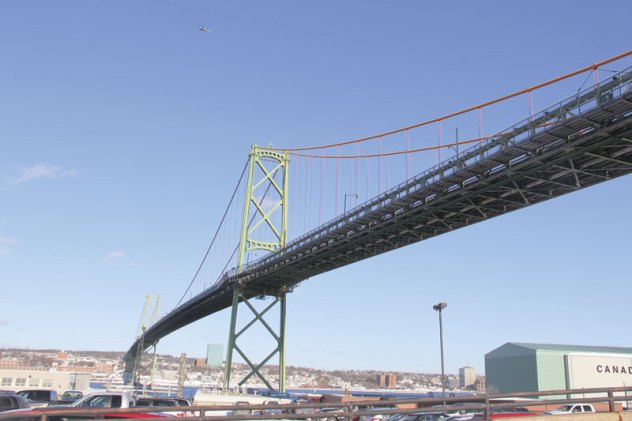 If your bridge needs fixing, give Cherubini Metal Works Ltd. a call. As a member of the Cherubini group of companies, this Dartmouth, NS, company is well-equipped to fabricate a new double-tee or deck slab, bathtub girder or three plate girders. With 18,000 sq m (200,000 sq ft) of production space, an assembly bay boasting 14 m (47 ft) under the hook, and 420 employees across the Cherubini Group as a whole, there’s little this company can’t handle.

Cherubini doesn’t stop at bridges, however. Vice president of operations Steve England points to a number of massive projects the company has worked on in recent years—half a dozen wellhead protection structures for Encana’s Deep Panuke Project, a 400-tonne, 15 m tall subsea turbine base, 4000 tonnes of structural steel components for the Shearwater Airbase hangar expansion, and many more. “Business is good. Aside from all the bridge projects we’re doing, there’s a lot of structural and energy-related work.”

To meet its customers’ increasing demands, Cherubini made the decision in early 2013 to purchase additional cutting machines for the fabrication department. The request for proposal was placed and, after comparing the relative merits of five equipment brands, the company chose a pair of Avenger 2 cutting systems from ESAB Welding & Cutting Products, Mississauga, ON.

“The pricing was comparable to other brands, and ESAB’s equipment is a standard in the industry,” says England. “We use a lot of the company’s welders and consumable products on our bridge fabrication.” Cherubini’s familiarity with ESAB played a part in the selection process, and the machines were installed several months later.

Plasma cutting is nothing new to Cherubini—according to England, they’ve been doing it for over 25 years. The ESAB machines, however, were the company’s first experience with five axis. “This is certainly an update for us. We can now do plasma cutting to 50 mm (2 in.) thick, around twice what we can do with our old plasma machines. And before the new machines, we were cutting all of our bevels by hand with a radiograph. The five axis heads on the ESAB machines provide consistent and accurate bevels—the result is not only greater efficiency, but higher weld quality and a lower rejection rate.”