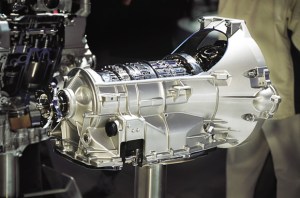 Today’s passenger cars, on average, generate more horsepower and consume less fuel than ever before. There are some obvious drivers behind this, such as high fuel costs, worry over dependence on foreign oil and environmental concerns. To make autos even more efficient, the U.S. government reached an agreement in 2011 with 13 automakers to begin delivery of 54.5-average-mpg vehicles by 2025, up from 27.8 mpg in 2011.

According to the feds, that agreement will potentially save a total of $1.7 trillion in gasoline costs from 2011 to 2025. But how automakers will achieve that goal remains an open question. And what does the agreement mean to part manufacturers—the folks who make a living machining parts for these newfangled cars and light trucks? There’s no easy answer, but one thing is certain—change will continue to be the norm in the automotive world.

No one disputes the fact that better fuel economy starts with lighter vehicles. It should be a no-brainer, then, to eliminate steel wherever possible in favor of lighter materials, such as aluminum, magnesium and even plastic, right?

Not so fast, said David Anderson, senior director, automotive technical panel and long products program at the Steel Market Development Institute, Southfield, Mich. Anderson explained that steelmakers can produce product that competes on a pound-per-pound basis with aluminum. “One of the programs we recently completed was on a lower control arm,” he said. “The steel control arm matched the weight of an aluminum one, and we were able to produce it at a 35 percent cost savings.”

Anderson cited other programs with similar results, including body enclosures and chassis components.