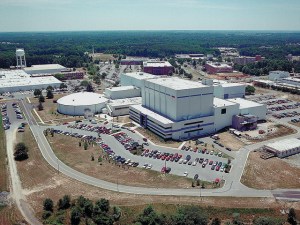 Maybe you watched the final launch of the Space Shuttle Atlantis in July, listened in dismay to the news of possible layoff of thousands of NASA workers, and worried that these events might signal the end of the United States space program.

Nothing could be further from the truth.

True, budget cutbacks may have forced some hard choices for NASA, but the space program’s not dead; not by a long shot. In fact, over the next year, planned missions include the launch of unmanned spacecraft to study black holes in space (NuSTAR), conduct gravitational mapping of the moon (GRAIL), continued exploration of Mars (MAVEN) and Jupiter (Juno), as well as several manned visits to the International Space Station.

Supporting that effort is NASA’s Goddard Space Flight Center (GSFC) in Greenbelt, MD. At the GSFC, the focus isn’t so much on the rockets or even the people who fly in them – instead, it’s all about what those rockets carry; the payload. That’s because the Goddard Space Flight Center designs, builds, and operates satellites and scientific equipment such as the Hubble Space Telescope, GOES weather satellites, LandSat earth imaging systems, the SOHO solar observatory, and many others.

A Reader’s Digest version of this article was published here http://amd.texterity.com/amd/201203#pg1