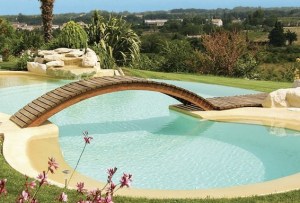 Cloudy water, unhappy customers and dangerous storage conditions are just some of the consequences of chemical mismanagement. Service companies and retailers alike strive for clear, sanitary water conditions, but are frequently challenged by a host of unforeseen problems. Here’s some useful insight on how to deal with those things from experts in the field.

“People aren’t running their pumps enough. It seems simple, but most of the problems blamed on chemical imbalance is simply a matter of not turning the water over sufficiently. We’re seeing a rise in saltwater pools, but even the most expensive salt system in the world isn’t going to produce chlorine unless the pump is running. So when people complain that they’re not generating any chlorine, this is one of the first things we check. You can eliminate 95 percent of pool problems that are blamed on chemistry simply by keeping a filter clean and running the pump long enough to turnover the water at least twice a day. That usually means eight hours for a residential pool and six for a commercial one. That’s at a minimum — throw a soccer team’s worth of kids in there and you have to increase accordingly. This is all made worse by the fact that many consumers don’t know how big their pool is. So when they start having problems, they’ll run down to the local pool supply store and tell the person behind the counter they have a 20,000 gallon pool when in reality they only 15,000 gallons. The guy checks the water sample and sells them three pounds of this and two pounds of that and next thing you know the homeowner has over-treated the pool. Now they have to counterbalance in the other direction. They end up chasing their tail, and eventually we get called in to help. Most of the time water chemistry issues are really homeowner issues, with a root cause of improper filtration and water turnover.”