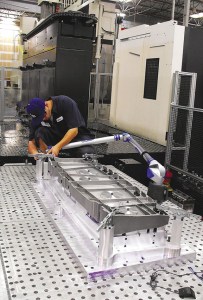 Serious trouble can often be avoided with open communication. Consider the Cuban missile crisis, when the Soviet Union decided Cuban cuisine might taste better than borscht and black bread. Adlai Stevenson II, as the U.S. ambassador to the United Nations, worked with the U.N. to talk some sense into those belligerent Russians. And if Paul Revere hadn’t told the colonists the British were coming, Americans might be driving on the wrong side of the road today.

While war may not be ready to break out on your shop floor, that doesn’t mean there aren’t communication problems. Part manufacturing can often be like watching football on a foggy day: You don’t know who fumbled the ball on the 5-yard line until the quarter’s over.

MTConnect, which is an open, royalty-free standard intended to foster greater interoperability between manufacturing devices and software applications, attempts to lift that fog and clear the air.

Dave Edstrom, president and chairman of the board at the MTConnect Institute, McLean, Va., said, “Our vision is to provide an easy way for people to get information out of their equipment at a greatly reduced cost.”

At a 2006 meeting of AMT—The Association For Manufacturing Technology, Edstrom made a bold statement: The industry was 21 years behind the curve in terms of communication. “Everyone was talking smart machines this and smart machines that. So I told them, ‘Why don’t you guys just get the damn things [manufacturing equipment] to speak the same language!’ There was no reason to reinvent the wheel.”

Edstrom explained that many new machine tools already had Ethernet on board or available as an option. HTTP and XML were well-established protocols by that time on the Web. Working with Dr. David Patterson of University of California-Berkeley, they convinced AMT that these communication standards had already worked for the computer industry for more than 2 decades—why not apply them to machine tools as well? Apparently, their speeches were convincing because AMT provided $1 million to develop MTConnect.