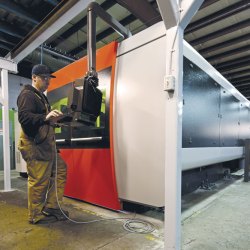 Electricity is expensive on Vancouver Island. This was a large part of the reason why Pacific Energy Fireplace Products Ltd. had long steered clear of CO2 lasers, opting instead to stick with its tried and true CNC turret punches. Yet fabricators have been successful with lasers for over three decades. Compared to punching, laser cutters[…] 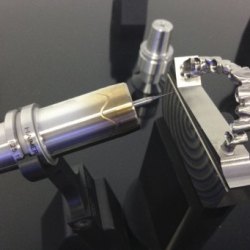 Nineteen minutes into the second period and the University of Ottawa’s women’s hockey team, the Gee-Gees, trails by one. Out of nowhere, the Montreal Carabins’ left wing bruiser Helga Lefèvre smashes Gee-Gees centre Holly McDuff into the boards, fracturing her cheekbone and leaving a ragged gash above Holly’s hairline. Blood turns the blue line red,[…] 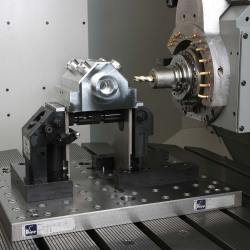 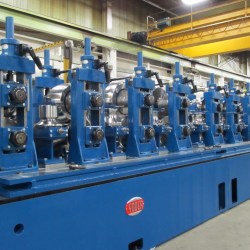 Ever wonder about the legs on a folding chair? How about the exhaust pipe on your car? Tubing is everywhere, but most of us don’t give it a second thought. The technology used to make this important product is quite amazing, however, requiring equipment longer than a football field and more expensive than a mansion[…] 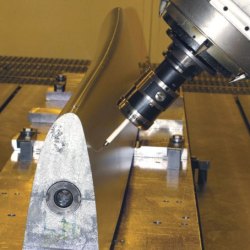 When I started in the shop, machine tools were dumber than fence rails. Load the paper tape, adjust the rheostats for feedrate and spindle speed, click, click, click the offset thumbwheels, push cycle start and pray. Programs were keyed into a Teletype machine; when changes were needed, the printout was redlined and sent back to[…] 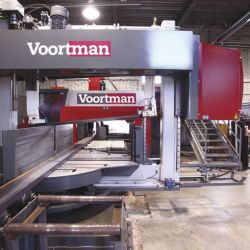 The Problem: Small shop, lack of skilled workers The Solution: Build an automated beam processing facility Fourteen years ago, Glenmore Fabricators Ltd. was a small job shop in southeast Calgary making handrails for buildings. Sales were around one million a year. By 2012, revenue was thirty times that amount, and the company was now a full-fledged fabricator[…] 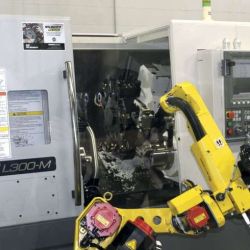 Luke Skywalker never questioned the need for a droid. George Jetson would have been stuck doing his own laundry without Rosie the Robot. And while it’s true that Austin Powers nearly succumbed to the evil Fembots, Captain Picard would surely have lost the Enterprise without help from Data, the ship’s android. Making parts might not[…] 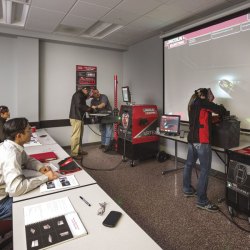 I never wanted to learn welding. Then one day my boss Vern handed me a MIG gun. “Get ’em all fixed, or don’t come back,” he said, slamming the office door behind him. It seemed I hadn’t been paying attention to the stamping press, and several hundred of the corners I’d just notched in some pulley[…] 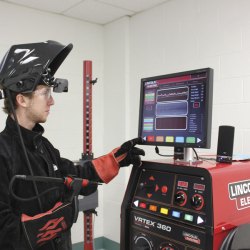 Imagine a world where auto mechanics learn to wrench on virtual cars. Carpet layers stretch virtual shag, gardeners trim virtual trees. These are just some of the training scenarios possible if Matthew Wallace has his way. As CEO of VRSim, East Hartford, CT, Wallace spends his days developing tools for the virtual classroom. SimSpray helps[…] 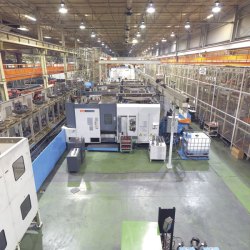 Manufacturers and software providers aren’t the only ones on the MES dance floor. Machine tool builders are stepping in as well. One of these is Mazak Corp., Florence, KY. Application engineer and developer Neil Desrosiers says one of the ways builders support MES is by adopting open communication standards, making machine tool to front office[…]