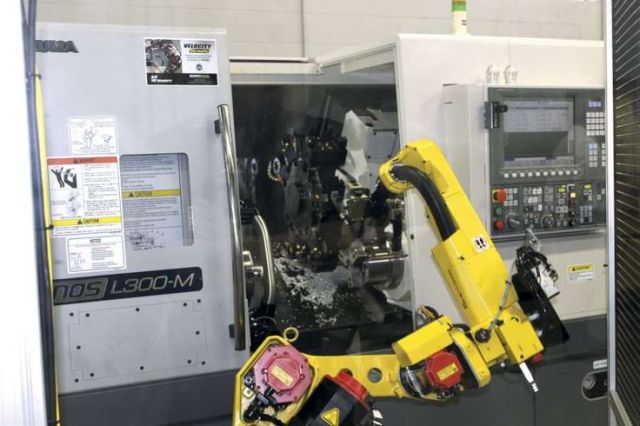 Luke Skywalker never questioned the need for a droid. George Jetson would have been stuck doing his own laundry without Rosie the Robot. And while it’s true that Austin Powers nearly succumbed to the evil Fembots, Captain Picard would surely have lost the Enterprise without help from Data, the ship’s android.

Making parts might not be a matter of life or death, but an increasing number of shops have learned that robots make the difference between success and failure. Robots don’t take breaks or call in sick, they don’t gripe about working late and they never ask for overtime pay. Given the right circumstances, robots are a real game changer.

But what are those circumstances? Turning a few million brake rotors each year certainly qualifies, as does welding endless miles of butt joints. No one would argue that robots are an excellent solution for high production volumes and repetitive manufacturing tasks, but most of us would never consider using one for the small lot size, high mix work typical of many shops.

Mark Eddy, president of robot integrator, Gosiger Automation LLC, says robots solve two basic manufacturing problems: low machine tool utilization and a general shortage of skilled labour. “Simply put, shops need to get more out of their capital assets as well as their employees. Robots allow an employee’s expertise to be amortized across a group of machine tools rather than one, thus utilizing their knowledge in a more efficient manner.”

Say the word robot and most shop people think job cuts. In Eddy’s experience, this is not the case. “I’ve never seen a situation where a customer actually let people go after installing automation. Most shops feel very responsible to their employees, and about the only time you see downsizing due to robotics is through natural attrition, meaning it’s not always necessary to replace people when they leave the company.”

Eddy finds that the companies who apply robots are forward thinking. They’re more productive, more profitable, and they use their people to perform data analysis, job planning and other challenging tasks that robots cannot do. This makes for happier employees, more parts out the door and fewer production surprises.