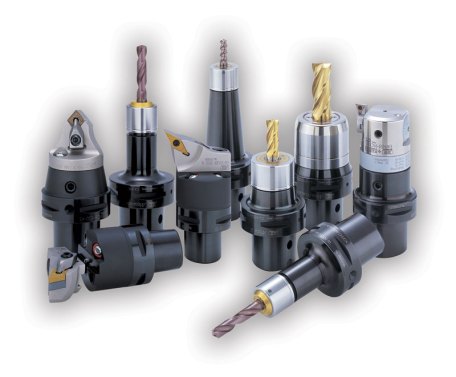 Tooling up a CNC lathe was once a straightforward exercise. Mount and touch off an 80° diamond for roughing, along with whatever profile of finishing tool you fancy. A groover and threader might be needed, and since most turned parts have holes, a drilling station is called for, along with a boring bar or two to finish the hole. And if the machine has a barfeed, you’d best grab a cutoff tool. Allowing for differences in hole size, groove widths and so on, this basic tool assortment once covered the majority of all turning jobs. Lathe life was simple.

One day some big-brain machine designer decided live tools on a lathe would be just the thing. Suddenly all of us turning guys (and gals) had to start thinking like those mill folks. Strange new cutting tools such as slotting cutters and face mills appeared on the bench. Newfangled taper shank toolholders and complex milling routines became known to us, along with the feedrate and rpm conversions needed to program those spinning tools. When machine builders started putting automatic tool changers (ATCs) on the backs of lathes, and added multiple turrets and sub-spindles, along with the A, B, C, and Y axes to operate them, the simplicity of two axis turning became a nightmare of flexibility. Welcome to the world of multi-tasking.

John Winter, product application specialist for Sandvik Coromant Co., says there’s no need to be scared, but adds that a little common sense goes a long way when tooling up a multi-tasker. “Some shops get so excited about multi-tasking capability that they don’t stop and ask what the machine is for. If it’s lights out production machining, the tool magazine might be loaded up with redundant and multi-function tools. Low volume and prototyping work, however, may require a broad collection of general purpose tools to handle whatever comes through the door.”