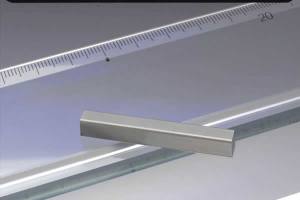 For years, conventional machining wisdom has held that achieving a superior surface finish after EDMing—2µin. Ra or better—requires time-consuming grinding, honing or polishing. Worse, it means removing the workpiece from the EDM to perform these processes. This adds cost and possibly causes dimensional inaccuracy.

In the past, conventional wisdom has said abrasive finishing is required because of inherent EDMing problems, such as the recast layer, where globules of molten workpiece and bits of wire reweld themselves to the workpiece surface, leaving it to resemble a sausage pizza left in the oven too long. Also, surface cracking has long been an issue when EDMing punch tools. Unless you’re making sledgehammers, surface cracking is a cause for concern in any tool and die shop.

Then there’s cobalt depletion of carbide workpieces, caused when the water dielectric typically used in wire EDMing attacks the cobalt binder, weakening it and leading to premature failure. And the heat-affected zone (HAZ) causes softening of the workpiece material in the area immediately surrounding and below the affected surface, which might have a negative impact on part life.

Before you fire up that grinder, however, consider that, for the most part, these problems belong to the past. Modern EDM technology not only imparts fine finishes, it does so fast and predictably, according to its proponents.

One EDM builder offering fine-finish capabilities is Makino Inc., Mason, Ohio. Brian Pfluger, EDM team leader at Makino’s die and mold technology center in Auburn Hills, Mich., said, “We have several EDMs that can achieve fine surface finishes, but even our standard machines are getting down to 6µin. to 10µin. Ra in five-pass machining of tool steel and tungsten carbide.”